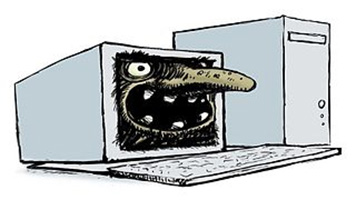 There is always at least one a-hole waiting to down vote whatever you post. Sometimes more than one.

These a-holes down vote your post on grounds of ‘whatever‘.

Really, you can’t tell exactly for what reason – the most relevant stuff you post into the most relevant section in the freshest manner possible while sticking by the most obscure guideline for posting there, gets downvoted post haste. Doesn’t matter if it is not posted anywhere else.

Sometimes you can’t even understand the point of sub Reddit rules on the right hand side. It’s quite possible that these people don’t give zit about the guidelines to post there either – they just down vote.

If there was someone who was waiting to downvote particularly your posts with his finger on mouse button to click on the down arrow, ‘just because’, that would be the explanation for it.

The bad side of this is, if your post/share coincides with a time point in which there aren’t enough people online in that section to turn the downvotes around, your post goes under due to down votes, ending up becoming invisible and hence, useless.

Totally beats the logic of a user moderated content site.

And heaven forbid if your share/post is something even mildly uncommon or controversial. Your share goes down the depths of hell before you can say ‘Mount Doom’.

The ‘disagree’ reflex which makes some of the a-hole types down vote your post/share right in half a second also has this side effect: Enforcing and Reinforcing Group Think.

If your posts are in any measure of conflict with the established group think in that particular community, section or subforum, they will get down voted.

What factual information or well constructed logical arguments you use to back up your post, or the rarity of your share and its illustration of another viewpoint do not matter.

There may be a few people who won’t down vote, and even upvote your share even though they disagree, just because it is a valuable contribution and illustrates something outside the group think, but exceptions don’t make a rule.

In the end the share gets down voted to hell.

And this time its even worse than 1-2 a-holes down voting your stuff ‘just because’.

Because this time, the down votes will be quite high in number, and it will affect whatever ‘karma’ mechanic your community is using – leading to various limitations on your usage of the site if you are rather ‘problematic’ to share things outside the group think in a frequent manner.

Slashdot, for example. The situation is worse there, because there is a cap on Karma. Or at least, there was at the time when i was a regular there.

This caused a limit on your positive karma to offset any down votes from ‘disagree’. So, you could go down to the depths of hell and get rate-limited in your comments and replies by going to negative karma in just one single discussion in which you disagreed with a few people and persisted in the discussion.

Doesn’t matter if you don’t down vote their comments or shares because of ‘disagree’ – they will down vote yours.

And whoops – in just a matter of 20-30 minutes you can easily end up going to negative karma from max karma and getting rate limited in your comments.

Discuss with a few people who disagree with what you are arguing for, you will get constant down votes on your comments.

And before you know it, you are rate limited for replying, and can reply only every 6 or 8 minutes.

Which basically kills any usability of the site and the desire for participation on behalf of the user.

Now add to this behavior the effects of general and known viewpoint differences in between any number of people who participate in that discussion and you, or whatever estrangement anyone may feel against you or the another group of people for whatsoever reason, commonly accepted biases and conditioning in different segments of society regarding different subjects…

…and you are group think hell.

Imagine Reddit existing back in 2003 trying to argue against Iraq war.

Or, imagine trying to argue that the government was possibly wiretapping all communications of all citizens back a while ago.

Actually, don’t imagine that last one – the threads in which many people were buried to hell for suggesting that can be found on Internet, still.

That’s what Group Think does

So, whatever the group holds favorable at that particular point in time is pushed sky high, along with those who post them.

Whatever the group dislikes is pushed down to hell, along with those who post them.

Environment effectively censors any non-conforming voice, and pushes out any persona out of that particular community because it makes the site unusable for that person.

Not good, for any online community. In any way.

One thing User Moderation of content excels in, is weeding out spam.

Due to down votes spam already gets buried post haste, and due to users being used to being active on moderating their community’s content, spam also gets reported very fast and removed very fast too.

When you visit Slashdot, Reddit, any place which uses user moderation, you will notice the distinct lack of spam.

Also, user moderation of content is very useful in pushing up and emphasizing whatever group think likes or sees as important.

Leaving aside that’s a very good indicator of the psychology of that particular social group, it is also good in delivering news that would be important to that particular group very fast.

Much faster than what you would experience with any traditional news outlet, that’s for sure.

Moreover, if you are compatible with group think and do not wander outside it, its smoooooth sailing in any such community.

Well, that surely does not offset the self censorship effect of group think, but hey. Something is something.

Actually, the solution is rather simple:

First, remove down vote mechanic, allow only up votes.

This will remove the a-holery, ‘disagree’ down votes, and usage of this mechanic for censoring whichever group or individual groups do not like.

Then, remove the rate limitation or other usage-restricting effects of karma.

Since down votes are removed negative karma won’t be a reality anyway, but still if there is any mechanic left to rate limit low karma, it also should be removed.

This will prevent users who wander outside group think from getting censored by group think.

Spam issue would persist, but it is fixable by introducing a ‘spam’ vote.

Surely, this also can be used for trying to censor people, but if people use this ‘vote’ method to do that, this time censorship will be visible and it will constitute an abuse of the system – something which the site moderation can act on. In contrast, with down votes you can’t tell if there is malicious intent, or even a subconscious drive to repress a disfavored voice. Spam gets reported and deleted, group censorship prevented, everyone is happy.

And with that, it will be possible to remove adverse effects of Group Think and enjoy its positives.

Group Think is not good. Its what herds of animals do. We are rather evolved.