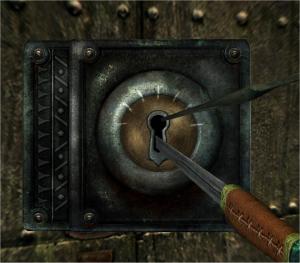 Lockpicking. Skyrim has it. World of Warcraft has it. Many other RPG games have it. They force you to take it either through your class, or through game-world features, or through rewards. You lockpick boxes in Wow, lockpick doors in instances, or say, you lockpick chests, doors in Skyrim.

But it’s totally unrealistic, and unnecessary.
Why ?

“I should tinker with this box instead of forcing it open… Because I’m stupid.”

Really. Would you sit and fiddle with a box or a chest for hours on end to open it, instead of forcing it open by using a crowbar ?

You got the box already from a fight or a monster or whatever, you are in a safe place, you want the contents of the box. But instead of RATIONALLY shoving a crowbar etc to force the box open, you sit and fiddle with it for hours. Or, just don’t (can’t) do anything if you don’t have the ‘correct’ skill – lockpicking.

In real world, it doesn’t work that way. In history, it didn’t work that way either. In case you got a box, door – whatever – you need to open, and you didn’t care what happens to the box, you just forced it open. Crowbar, hammer, chisel, even battering RAMs – anything goes.

Only if you care about the box or the door itself, you don’t brutalize. I dare you to think of any example to the contrary.

“But what if the lock is magical” 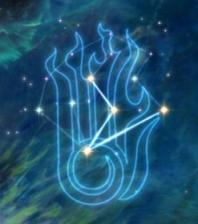 Then you would need a magical spell to open it, wouldn’t you. The very proposition that a magical lock which can not be opened through normal means, would open with an ordinary non-magical skill like lockpicking is funny. It wouldn’t happen. You would need a ‘unlock’ spell or something. And actually in various games such spells exist – for locks magical and non-magical.

EVEN if the lock was magical, anything could just be forced open with the appropriate tool – if its an ordinary box, a crowbar. If its a magical box, with – doh – magic ?

“But when you are stealing, breaking in and …..”

Think – can you just sit in front of a door and fiddle with it while people are around ? Or fiddle with a box’s contents IN its place, while the owner is around and the box is still in HIS house ?

You would either come to break in while the owners are not around the house, or if the thing you are after is a box, you would just grab it and go. In case its a heavy chest or safe, you would just come to the place when the owner is not around, and force it.

And even in the extraordinary case that you need to break into a house or a castle etc very fast and while people are around, there are many more logical solutions than the ‘skill’ of lockpicking : Liquids that melt locks, bolts, doors – obtained through alchemy or whatever. Just like some stuff that had been used throughout history. If you consider that these RPG worlds are rife with much more capable alchemy (aka chemistry) and magic than our own world, it makes even more sense to use such things for opening locks and doors when needed.

“Isn’t there anything good about it then”

Yeah – it definitely feels more ‘thief-like’ when you use lockpicking in any given game. It certainly adds flavor. And some implementations like the one in Skyrim isn’t so bad – you are not forced to spend perks on lockpicking to open locks – it just makes it easier. You can just use many lockpicks and eventually open the lock instead.

But still, when i am trying to unlock a chest after clearing an area in Skyrim instead of using a helluva crowbar on the chest, it seems off-place.