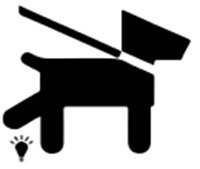 Yeah, its as bad at it looks

In case you haven’t heard, Google is thinking of implementing a ranking algorithm to rank search results based on their ‘truth’ level. Algorithm is going to decide how reliable and truthful a page is, and place the ones which have a higher ‘truth rank’ higher in search results.

And this is a VERY bad idea, due to a very simple, obvious reason.

Who is the holder of truth?

How are you going to decide which piece of information is more truthful?

What are you going to base your algorithm on?

Science? Authority? Prominence? The standing of the references the article gives in regard to these kind of stuff?

Surely, doing something like this will definitely work well for determining the truth level for ranking articles regarding whether Earth revolves around Sun or not. Science is solid, evidence is indisputable, situation is observable.

You can easily rank any article in that subject with such an algorithm and drop articles that claim Earth is the center of the solar system in search rankings.

Yeah, such nonsense exists. Based on religious beliefs and whatnot.

So how can it possibly go wrong?

Every single position of authority, government agency, major media outlet, prominent analyst was shouting that there were weapons of mass destruction in Iraq, and the world was in imminent danger.

If you did a search on the topic circa 2003, such a ‘truth rank’ algorithm would indisputably show you articles and news pointing to the ‘fact’ that weapons of mass destruction which were an imminent danger to human civilization existed in Iraq, and were ready to be used.

Fast forward to today, and you find Tony Blair, one of the major proponents of Iraq war, saying that ‘he would have invaded Iraq anyway‘.

Tony Blair has said he would have invaded Iraq even without evidence of weapons of mass destruction and would have found a way to justify the war to parliament and the public.

Yeah, its as crazy as it gets. The Guardian, one of the major mainstream publications which was backing Iraq war on false evidence in 2003, is telling that Tony Blair says he would have invaded Iraq ‘anyway’.

This is where it breaks down. Guardian would be one of the major news/authority sources which would have to be taken as a ranking signal/indicator in a ‘Truth Ranking’ algorithm.

All of these institutions would have been used as ranking signals for ranking other articles, mind that – for these are the ‘institutions of authority’ which are deemed as ‘trustworthy’. These are institutions which have to be trustworthy.

So, as you see, a huge amount of organizations and institutions whose statements and publications could be used to determine any ranking signal to determine the truthfulness of OTHER articles on internet, have just gone into the trash in terms of trustworthiness…

But what about Science

This is where things get even more crooked.

What you call ‘science’ is done by institutions which need funding, donations and grants to to do their work. Foremost funding of science comes from Government, and then Private entities and corporations.

Would you like to lose your job for your ‘controversial’ opinions that upset your boss?

Similarly, no research institution or university wants to lose funding.

The phrases funding bias, sponsorship bias, funding outcome bias, or funding publication bias refer to an observed tendency of the conclusion of a scientific research study to support the interests of the study’s financial sponsor. This phenomenon is recognized sufficiently that researchers undertake studies to examine bias in past published studies.

A stellar example of this is scientific institutions and private think thanks in USA testifying to the safety of GMOs, while independent research institutions abroad GMO Cancer Study Republished.

This last one is the ‘controversial’ Séralini GMO study, which found links in between GMO and cancer in rats. The journal which published it retracted it after much pressure from predominantly US sources – including Monsanto Corporation -, but the researchers sued the journal, stating that the research and its data and findings were properly in compliance with scientific procedures and journal’s own guidelines, and the court ordered it republished. Which, the journal did.

But even as of now, if you do any search like ‘french gmo study’, you will be presented with many articles which are claiming ‘french gmo study debunked’, and you will be hard pressed to actually find an article which would tell you that the research was republished because it won a court battle regarding its scientific accuracy.

There goes your scientific ranking signals – a huge number of noise from biased institutions can drown out legitimate studies even today, leave aside with those noise-making institutions themselves being taken as an authority and ranking signal.

Did we at all talk about the scientific conservatism and bias that ridiculed and kept down almost all the science pioneers whom you know as geniuses today?

Well it exists. And its quite rabid.

In 1970 Margulis was not only denied funding but also subjected to intense scorn by reviewers at the NSF. “I was flatly turned down,” Margulis said, and the grants officers added “that I should never apply again.” Textbooks today quote her discovery as fact; that plant and animal cells are really communities of cooperating bacteria. But they make no mention of the barriers erected by the biological community against these new ideas. Even today Margulis’ ideas about cooperation in Evolution are not widely accepted, and are only making slow headway against the assumption that Evolution exclusively involves absolute selfishness and pure competition.

Stanford R. Ovshinsky (amorphous semiconductor devices)
Physicists “knew” that chips and transistors could only be made from expensive slices of ultra-pure single-crystal semiconductor. Ovshinsky’s breakthrough invention of glasslike semiconductors was attacked by physicists and then ignored for more than a decade. (When evidence contradicts consensus belief, inspecting that evidence somehow becomes a waste of time.) Ovshinsky was bankrupt and near destitute when finally the Japanese took interest and funded his work. The result: the new science of amorphous semiconductor physics, as well as inexpensive thin-film semiconductor technology (in particular the amorphous solar cell, photocopier components, and writeable CDROMS sold by Sharp Inc.) made millions for Japan rather than for the US.
Ovshinsky’s strange devices, Semiconductors made from glass Pop. Science 4/1978/

Warren and his team at Princeton tracked down a Magnetic Resonance anomaly and found a new facet to MRI theory: spin interactions between distant molecules, including deterministic Chaos effects. Colleagues knew he was wrong, and warned him that his crazy results were endangering his career. Princeton held a “roast”, a mean-spirited bogus presentation mocking his work. Warren then began encountering funding cancellations. After approx. seven years, the tide of ridicule turned and Warren was vindicated. His discoveries are even leading to new MRI techniques. See: SCIENCE NEWS, Jan 20 2001, V159 N3, “spin Control” (cover story)

These are just two out of hundreds of ground-breaking scientists.

So what should Google do

If such a ranking algorithm for ‘truth’ was established, all it would do would end up being reinforcing and propagating the mainstream point of view, leave aside reinforcing the point of view which is held by most powerful government and corporate interests.

Things like funding bias, corporate monopolization of news, knowledge and information are major problems in our modern world due to the system we have, and they will not go away before the system itself changes.

Also there is a point at which you break something that is already working by trying to ‘make it better’.

Even if an algorithm which could more or less determine some measure of truth could be found in the future, that point seems considerably far away at this very point in time.

Better for Google to keep it as a ‘patented idea’ rather than launching it as a very dangerous algorithm which would impact search results in a considerable manner in any near future.

There is something called sentiment analysis which is used in product comment analysis to find out if they are positive or negative. It would be so nice to have the ability to search

I have strong problems with the attribute truth, but its all fine if i can chose the overall bias of the story to draw my own conclusions. But it will not happen because every search option would cost google millions of dollars and not add up more ad revenue. In fact if the search gets bad and the user has to repeat it multiple times it is much better for them.

Just don’t be so bad to piss your customers off – and not “the customer is king” seems to be a motto of the monopolist corporate capitalist world.