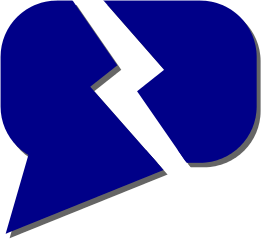 Almost there, but not totally. Google Real Name Policy is broken

You probably know that you have to use your real name on Facebook, whereas you can use a nickname on Google+.

Well in case you don’t; Facebook requires that you use your real name, either directly or in a nickname + surname form. And nickname has to be directly derived from your real first name. So, if you are Jebediah Kinkaid, you need to use either “Jebediah Kinkaid” or, “Jeb Kinkaid” or “J Kinkaid” – you get the idea.

If you don’t, or use something like “Spiffy Kinkaid“, or hell – even outright a nickname like “Spiffy“, your account gets suspended on grounds that you are not a real person. It doesn’t take much to get suspended either – even if some random person doesn’t report you as a ‘fake profile’ (you cant imagine how many people do it), then Facebook bots eventually trigger a ban when you get caught in their algorithm somehow.

Then you have to prove your identity and that you are a real person, which involves sending them sensitive material like scan of your driver’s license or id. After which they reactivate your account in generally 1-2 days, but they force you to use either your real name or a name directly derived from your real name and your surname.

Only performers, celebrities, transvestites (drag queen kind) are exempt from this, and for that they have to prove that the names they are using are their stage names or names with which they are known in public.

So you basically get identified EITHER way. No escape.

The dangers of such real name policies, we talked in an earlier piece titled Real Name Policy in Social Networks – Dangerous. In case you are interested in what may happen if you are easily identifiable, check that out.

In contrast, Google+ dropped its real name policy after 1-2 years due to immense pressure from users and probably because of the fact that it just doesn’t work – no reduction in spam profiles, no such thing like ‘more civil discussion’ – it was found out that people are as aggressive while using their real names. And the forced linking of Youtube accounts with Google+ accounts wreaked havoc among the artist crowd who were using Youtube as an outlet for their creations under their artist names.

So they just dropped any restrictions outright. They are just ‘strongly advising’ you to use your real name.

You can use any nickname you want on Google+.

Not so fast, buster…

While it seems you can use a nickname on Google+ if you want, there are some indirect and veiled enforcement of real name usage.

First, Google+ only allows you to display your nickname together with your real name. So, you have to appear either as “Jebediah (Spiffy) Kinkaid”, or “Jebediah Kinkaid (Spiffy)” and similar.

You have to fill in 3 fields for name, surname and nickname and it doesn’t let you leave name and surname fields empty.

But hey, you can totally change your name despite there are rather ominous ‘warnings’ and ‘advice’ against doing that. So you can do it “Spiffy Bonkers” if you want.

That will work, right?

Well, if you do that, all Google services recognize you with that name. So, changing your name on Google+ or starting a new Google+ account by using only your nickname will mean that all the Google services tied to that account will know you by the name you use there.

Moreover, and most importantly, if you use any services requiring billing/payment like Google Apps, Adwords etc, will use THAT name as your billing name.

Imagine how will that work when your credit card gets charged under the name “Spiffy Bonkers”.

Or imagine trying to explain why an invoice for some “Spiffy” persona is valid for tax deduction while doing your taxes.

Moreover, in case anything happens and you need to prove your identity, you won’t be able to do it because your name appears as “Spiffy” in all of the Google services.

One solution is to open a Google+ account (Hence another Google account) to use for social networking and whatnot, while using an account with your real name for any billable services and business.

But that kinda defeats the purpose of social networks.

You want to be able to use your nickname while social networking, whereas integrating all the Google services with the same account for better usability and synergy.

The fact that you don’t want the random psycho to know who you are or your boss to see what you are posting on internet shouldn’t be detrimental to that purpose.

So basically, Google+ name policy is not good enough, and there is indirect enforcement of real names.

Doing it the correct way

There is no way in hell a massive tech company like Google won’t be able to separate your nickname you show in Google+ and the real name used for serious services and billing in Google accounts.

Of course they can.

And they should do it. Your nickname should be displayed properly in Google+, whereas your real name is kept in Google accounts for using in mails, billing and serious services.

It actually doesn’t require too much effort – the ability to show a nickname with your name exists – in different versions too. All that is required is to prevent showing of name and surname fields and showing only the nickname field. Its strongly possible that the option to only show nickname also exists, but is not reflected to user interface or front end display code.

For whatsoever reason, they chose not to implement this. Maybe for the same reason why they were forcing people to link up their Youtube and Google+ accounts.

But in the end, internet has been about nicknames, and it still is. In actuality many people are better known by their internet nickname on many corners of internet than their real name. And coupled with the reasons for not exposing people’s names to public and enabling all kinds of private and public entities and personas to identify whomever they may have a beef with, nicknames should be strongly manifested in all kinds of internet services.

Hopefully, Google will soon realize the lacking implementation of their nickname policy and fix it properly once and for all.