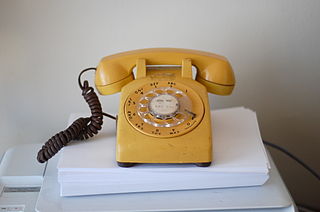 How about that for a ‘Social’ network?

If you pick up the phone and start calling people, you’d reach more people than how many of your friends your Facebook post can reach. And it would be even faster.

Its worse if you have a community page, group, business page or the like – the reach can be lower than 5%.

This happened after Facebook introduced its EdgeRank ranking algorithm for posts. Supposedly, the EdgeRank is supposed to measure the ‘quality’ of the content according to its ‘virality’ and other ranking factors, and therefore ‘make sure that people see the best content in their feeds’.

In Corporatespeak it sounds spectacular as always of course. ‘Way to go’, one is inclined to say after reading it like that. “Facebook sure has our best interests in mind”….

But naturally – of course not.

The aim of EdgeRank is mainly to reduce visibility of posts, and push Facebook Ads. They hit Facebook Pages with it first, and then they shamelessly carried it over to people’s own profiles, dropping it in the middle of your interaction with your own friends and family. Lets see how the racket goes :

Now, imagine you have a community page followed by 1000 people. And you posted something to share with every follower. But what’s that – your post reached only 50 people! Whooops – here come Facebook Ads:

So you see, Facebook wants you to pay up to reach the 51th person. Its official, its blunt, its as clear as it can be.

They say ~16% of your fans, but that estimate is misrepresented – posts only reach ~5%, and if one person likes/comments/shares, the post reaches a few more. As you can see from post of Facebook itself above, the average is ~16%, so you can expect around 10-15% of page’s followers to get the post on average, even with people interact with it. If a lot of people do not interact with the post, the post gets to much less people. (source)

For more to see it, each of your posts need to be a Nyan cat or a mega hit grumpy cat post with massive virality…

One could say “This is ok, since most of the pages are business related, so its natural that Facebook would try to reap ad money from them”. But as we mentioned before, it doesn’t go down like that.

Pay up to show that family post to your uncle

Facebook expected you to pay up for them to show your post about last weekend’s family trip photos to your uncle. (source)

7 bucks. For each ‘promoted’ post. Then ‘more’ of your friends (and family) will see that post – a post from your PERSONAL profile to your OWN FRIENDS who happened to have chosen to connect with you on Facebook.

They discontinued this ‘feature’ recently. Possibly due to massive criticism it received online – pay to reach your grandfather – what’s that… Though, you can be sure that its going to come back when Facebook thinks that asking you to pay is more acceptable at a point in future or they find another way to ‘monetize’ your friends and family.

It doesn’t matter if you and your friends/family turned on numerous options like ‘follow’, ‘get updates’, ‘close friends’ and the like – your posts are crippled to that extent despite all of them being turned on.

Even if you and your friends constantly ‘interact’ with each others’ posts through likes/comments/shares, you will still get reduced visibility among yourselves. And if you miss to ‘interact’ with one or two post of one of your friends, you will suddenly start getting even less posts from them in your feed and the chances of you missing the post or missing interacting with it will become higher. Which will further reduce visibility, causing you to wonder whether a friend has stopped using facebook when you suddenly notice that you haven’t been seeing stuff from him/her…. Only to discover when you go to his or her profile that s/he had been there, but you just haven’t been seeing the stuff s/he posts.

Shareholders need their profits. Regardless of what – even at the cost of breaking the entire principle a service is based on – a natural result of our economic system and stock markets. Facebook had been looking for ways to ‘monetize’ people’s connections and relationships, and this is the result.

So, now we have a ‘social network’ in which a decimal fraction of ‘social’ exists, but the shareholders are happy. (source)

Except, for all accounts and purposes, Facebook is now 95% useless as a social network and platform with near nonexistent social interaction due to crippled reach of any kind of information.

Really – get on a better social network as soon as you can. Better yet, join Diaspora – where no private or public entity can censor your posts or tell you what to do. That’s what Social Networks were supposed to be all the way from the start anyway…